Created on May 21, 2019
Shortly after the Golden week ended St. Dominic's Institute published the new courses, which have started in 2019. Their steady progress towards the entrance exam of 2020 is impressive. This improvement can be seen in areas such as the schools science classes, which now are being taught in English. Going on their second year of being a part of the 21st Century Education Organisation, St. Dominic's now provide fully developed 21st century education. by Hiroyuki Suzuki：Expert Reseracher of Education for Returnees 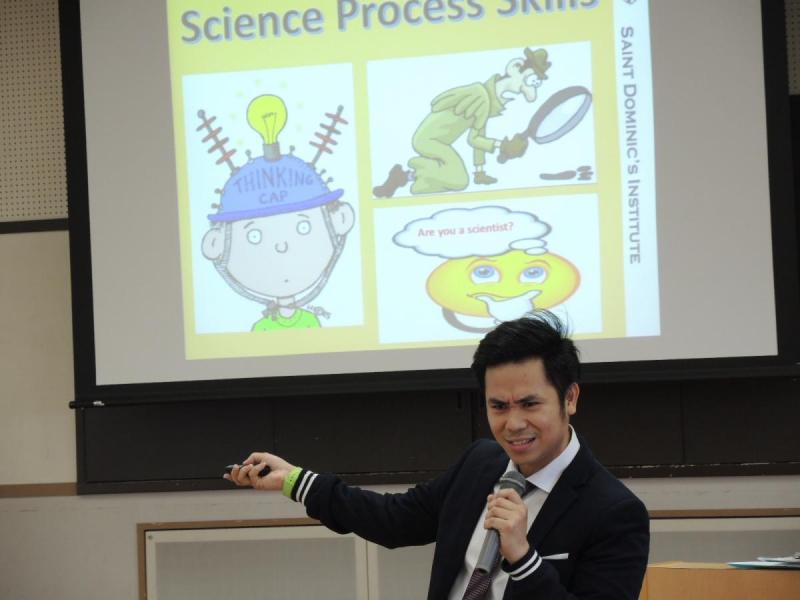 The conference started with an international science course lesson for teachers of Juku schools. While showing the slideshow, Mr. Deseo, who is in charge of the project, would ask the teachers questions such as "Why?" and "What will happen after this?". Of course, there wasn't just one correct answer, so a wide variety of answers were given by the teachers. They were praised, with phrases such as “Excellent” and “I love that”. The presentation was lead in the direction based on their responses. 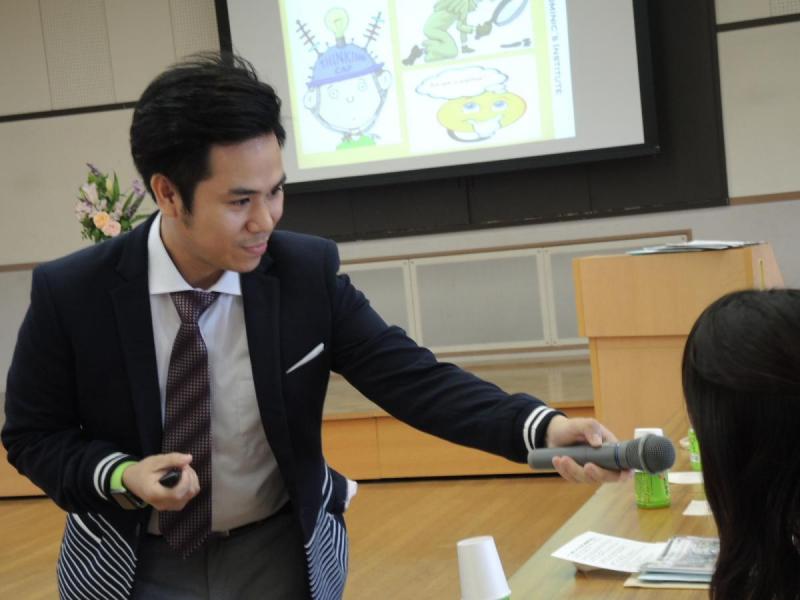 Following the presentation, the participants could visualize how classes could be carried out in the same way for students. It is understandable that the teachers of St. Dominic's have developed confidence in teaching the new course. If one can teach with such energy and enthusiasm, the scientific thinking itself should be promoted, regardless of the students English abilities. Mr. Deseo's presentation was well received and ended with a tumultuous applause.

Mr. Deseo emphasized the importance of three stages of the scientific thinking process, which is "Observation", "Inference", and "Prediction". One of St. Dominic's teachers, Mr. Kono, commented that this process is the essence of scientific education, and this is what tends to be lacking in the regular Japanese science classes. By supporting the international science course, Mr. Kono expresses that both teachers and students have felt great improvements. This includes the way that the science classes focuses on the process of scientific thinking. Students should not be taught how to memorize a fixed set of knowledge, but how it has been produced.
St. Dominic's tradition of "dialogue" can also be seen at the school, throughout this project. It is not just about introducing science education in English, but there must also be dialogues about what “scientific thinking” is and what the students learn through the subject of science. 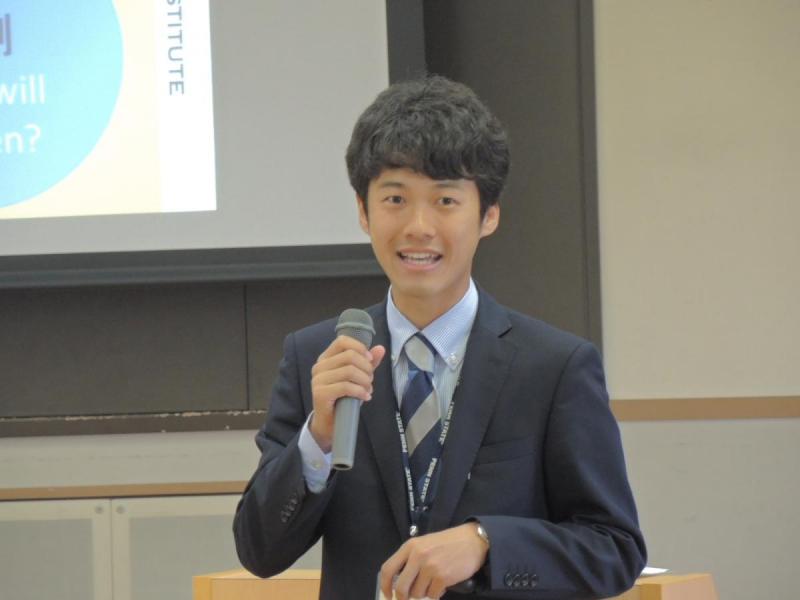 Out of the three stages mentioned by Mr Deseo, Mr. Ichiro Ishikawa, the curriculum manager of St. Dominic's Institute, says that the "Prediction"-stage is particularly important for developing creative thinking. The future of science education will have a focus on teaching students a way of thinking independently, where there isn't just one correct answer. 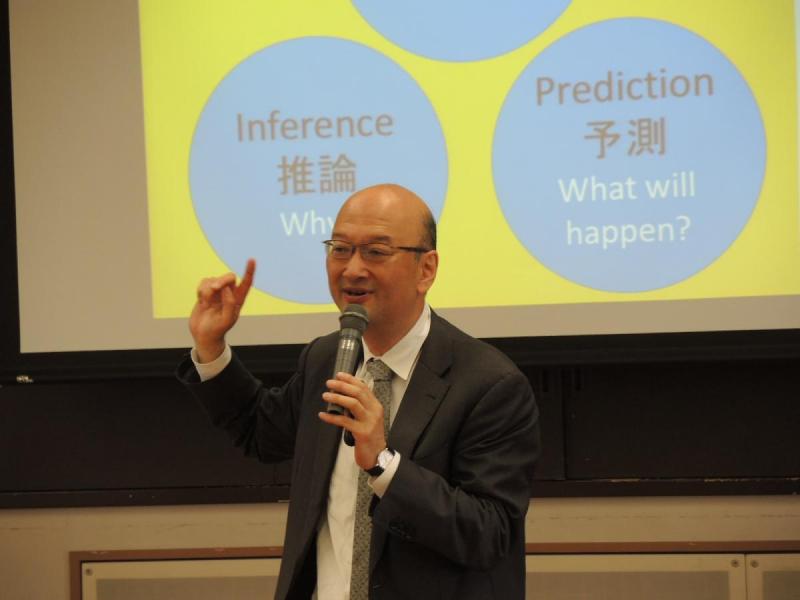 After the conference, the elements of 21st century education could be noticed everywhere. In the international class, where students learn science terms in English, "Alexa" was placed in the corner of the classroom. During class the teacher, Mr. Willis, asked; “Alexa, how do you explain the base of a microscope?”. Even though Alexa wasn't located near the teacher's desk, but in the back of the class, the response sounded as if a good honor student, sitting in the corner, was replying to the teachers question; “The base of a microscope is ...”. 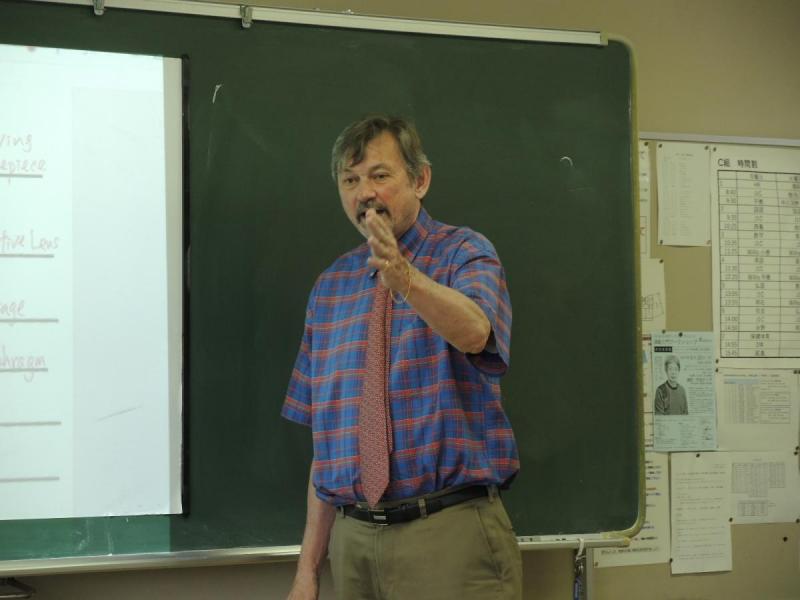 Studying hard doesn't mean memorizing a large vocabulary. It can be seen from the student's performances that they are passionate and want to study late at home. This is reflected in the hallway, where posters created by the students are hanging for display. In the picture you can see Lily and Azalea comparing the scientific differences in their leaves. It's important that the first grade students learn the terms of the flower structure are introduced in English when they also get introduced in Japanese.

Learning these general terms at school will be very important for the children after they enter our society. Not just for the sake of getting into the right University in Japan or for studies abroad, but with today's growing globalization they will also need to be prepared for how to communicate with the rest of the world. 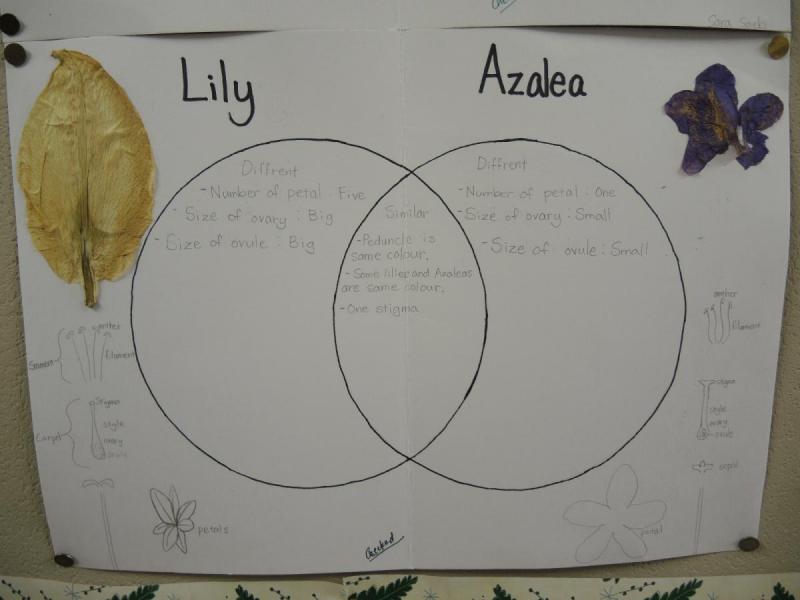